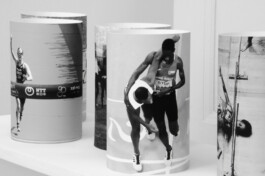 Crossing the Line revolves around politics of sports, especially those connected with sex and gender. Since these politics are interwoven with politics of race some objects also carry a reflection on that intersecitonality. Several objects, as well as prints, photographs and a videopiece are part of the project. Among the already produced pieces are „Study for 1968 Olympic Podium with Casing“ which consists of two 3D Plots, a floor piece called „Around the Perimeter of a Square“,  a sequence of photographs called "To Caster. Moved by your signature move", „Crossing the Line, Cylinders“ that features looped historic photographs and and also a Research Table. 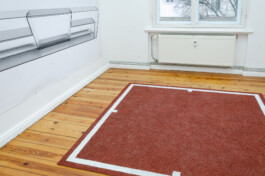 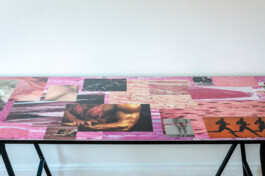